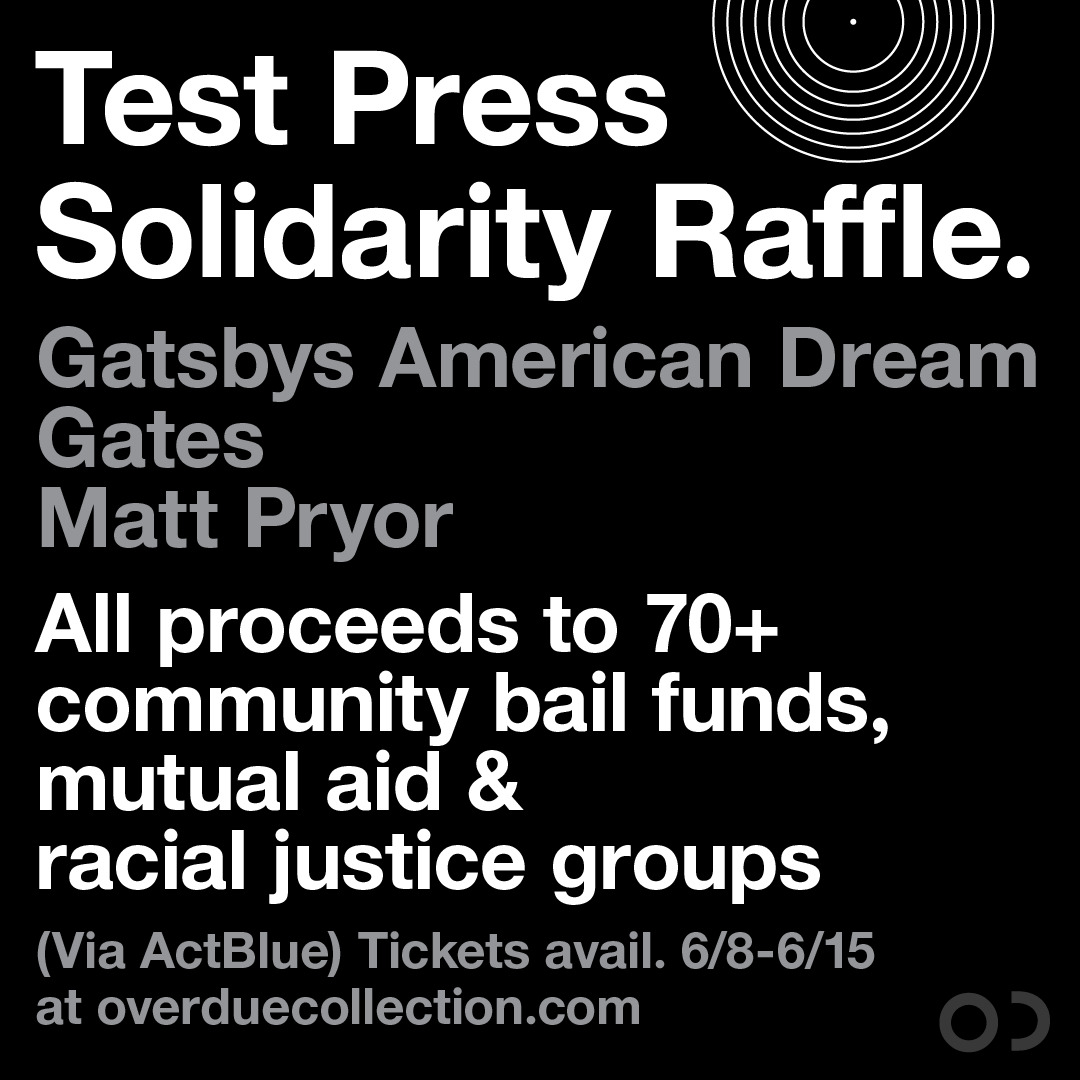 After witnessing the recent protests against the racist murders of George Floyd, Breonna Taylor and Tony McDade by police, I struggled with what I could do stand in solidarity. My partner is immunocompromised, so physically going to a protest was not possible. Outside of that, I decided on donating to several different bail funds, local Black Lives Matter and community organizers working to defund the police. For the label, I participated in Blackout Tuesday since it's a part of the music industry, technically. It felt insufficient.

But with the great examples from Touché Amoré, Memory Music and Joyce Manor, we realized we could contribute our test presses as well. It still feels insufficient, but it's a step forward. Proceeds will be donated to benefit a fund split between 70+ (and growing) bail networks, mutual aid and racial justice organizations via ActBlue. All money raised will be donated to that fund.

Tickets are available from June 8th until midnight on June 15th. (PDT)


We've never auctioned off or sold our test presses, they've only been made available for bands and their management or friends.


Each ticket is $5 per LP and $2.50 per 7 inch. Each test press has original artwork and is numbered. We have two copies available of each record, except for Why We Fight test press and the misprinted Ribbons cover. That means for every ticket you buy, you have two chances to win. You can win multiple items, but not duplicate items. Buy as many tickets as you'd like. Free downloads of the music included with entry.

Also available in the raffle is a rare copy of Ribbons and Sugar with a misprinted jacket. Our initial batch of covers did not include a panel due to an error at the printer. We received free replacement jackets, but decided to save some to exclusively give to folks at the Subscriber level from our initial Kickstarter. Only 16 were sent out.

With this action, we hope we can contribute in solidarity with the Black community in the fight against white supremacy. Defunding police departments are a large part of this fight as well. We encourage you to read up on these issues and find your local community organizers to find out how you can help out where you live. Click through to read more:

Defund12.org - Resource to contact your local officials about defunding police